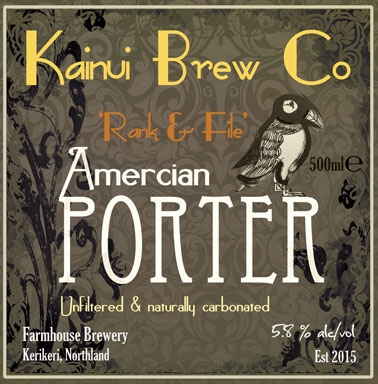 Around 1720 a London brewer invented a new style by blending three beers together. “three threads’ as it was originally known was a particular favourite of the working class. Although landing in America later that century, the style eventually fell out of favour around the world. It was revived post prohibition by Anchor Stream brewery and today Porter is alive and well, courtesy of the craft beer revolution.

This beer is a modern American twist on an old classic. The malt and hops are dialled up just enough to create the perfect harmony of somewhat aggressive flavours. Chocolate and black malt, accented with tropical hops are balanced with full body and smooth mouth feel.