Kainui Brew Co. was conceived in 2010 over a conversation about growing mushrooms…. Five years later in 2015, those initial dreams were realised as we produced and sold our first commercial beer at our Sunday Session launch hosted by Kainui Road Vineyard.

The beer was brewed on a 50L brewery with up to 4 batches being brewed in a day. Then kegged into 20L corney kegs, which were often carbonated the morning of an event. The early days had their challenges and we were always behind the 8-ball as the beer was consumed as fast as we could brew it.

Fast forward to Early 2017 when our up scaled brewery turned up from Banks Brewing Hardware in Wellington, the same place our original brewery was manufactured. 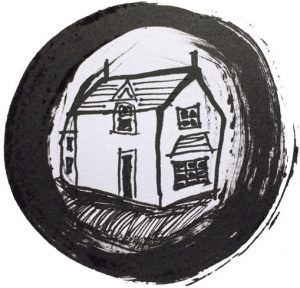 We’re still relatively small scale but our brewery was built to be versatile, so that we can continue our experimentation with styles and methods including open top and barrel fermentation.

We’re located on a small farm near the township of Kerikeri in the Far North.

Our rural location allows us to experiment with all sorts of locally harvested
fruit and native micro-flora to create the beer.

Our Barrel program started in late 2017 with only 7 barrels with the aim to develop into something more substantial, as this is where the heart of the brewery lies.

As well as providing beer for the summer concerts and events at our parent
vineyard Kainui Road, we also have a small café there, which allows us to sell our beer direct to the public in the freshest state possible.

We are dedicated to providing a vast range of interesting, top quality beer that showcases just how great beer can be.