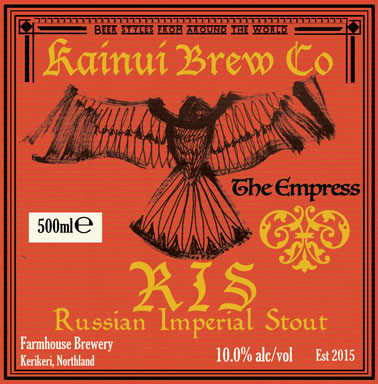 Born out of England in the early 18th century, extra alcohol was needed to aid the preservation of dark beer when sent abroad. This imperial version was embraced by Russians and was said to be a favourite of Catherine the Great. The extra alcohol had the desired effect as those imperial stouts reportedly aged well for up to 7 years.

A beer fit for n Empress. Big , bold and able to go the distance. A medley of dark, rich roasty flavours are met by an onslaught of complimentary noble hops.