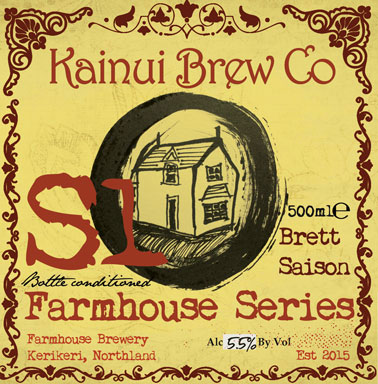 Saison – ‘season’ in French was a style brewed in the French speaking part of Belgium in the 1700’s. It was brewed over winter in preparation for the summer harvest, when it was rationed out to seasonal workers. Saison, then, was around 3.5% alcohol and was brewed out of necessity, as potable water was scarce in rural areas. Each farmer used their own local ingredients and the beers would vary greatly, as did the funkiness and tartness, as wild yeasts and bacteria played a role. Many of the farmhouses became breweries and additional spices and ingredients were added, as well as extra alcohol.

This beer is a salute to the wilder Saisons of the past. A triple fermentation results in a complex beer with hints of funk and tartness. Orange zest and spices are added at the end of fermentation, making this beer a flavour bomb suitable for any occasion.